Glass is very useful in our life. Today I will introduce the coloring process of color glass.

Surface coloring refers to coating metal and metal oxide on the surface of glass to form transparent, translucent or opaque color coating. The blue SnO2 film and the gold Fe2O3 film can be prepared by coating SnCl4 and FeCl3 on the glass surface by chemical thermal decomposition. By means of vacuum evaporation, vacuum cathode sputtering and reactive sputtering, metal films such as gold, silver, copper or metal oxide films such as In2O3, SnO2 and TiO2 can be prepared. Due to the different thickness and refractive index of the films, interference and reflection films of different colors can be formed. In the float glass production line, we can use electric float method or thermal spray method to make colored glass. It can also be used for printing or spraying glass color glaze to make glazed glass.


According to the coloring mechanism, there are four types of processes in which materials are added to glass raw materials to form coloring ions, compound colloids and metal colloidal particles to make them appear different colors.

1. Coloring of metal colloidal particles. It is to add oxides (such as gold, silver, copper and other oxides) that are easy to decompose into metal state to glass raw materials. First, they are dissolved in glass in ionic state, transformed into atomic state after heat treatment, gathered and grown into colloidal particles, and colored due to absorption of visible light caused by light scattering, such as golden red, copper red, silver yellow and other color glass.

2. Ion coloring. It is a compound that adds transition elements such as cobalt (CO), manganese (MN), nickel (Ni), iron (FE), copper (Cu) to the glass material. It exists in the glass in the ionic state. Because their valence electrons transition between different energy levels (ground state and excited state), it causes selective absorption of visible light and coloring, such as cobalt blue, manganese violet, nickel green and other color glass.

3. Semiconductor coloring. It is to add CDs, CdSe, CdTe and other colorants to the glass. There is no absorption peak in the visible light area, but a continuous absorption area. The light transmission area and absorption area are a very steep dividing line. Different from the above-mentioned coloring mechanisms, the color changes with the ratio of CdS / CdSe. For example, when CDs is much, it is close to orange, when CdSe is much, it is red, and when CdTe is much, it is black, that is, they move to the long wave direction in the order of O2 -, S2 -, se2 -, TE2 -. According to the theory of semiconductor energy band, the electrophilic potential of these anions becomes smaller in turn. With light of lower energy (near the visible light), their valence electrons can be excited to the conduction band (excited state), making their short wave cutoff limit enter into the visible light region, leading to glass coloring.

4. Compound colloid particle coloring. It is to add sulfur or selenium compounds (such as CDs, CdSe, etc.) to the glass containing zinc (ZnO), to form CDO, ZnS, ZnSe, etc. in the glass, and then conduct two heat treatment under the annealing temperature, to form CDs, CdSe and grow into larger colloidal particles, and to make the glass colored due to light scattering, such as selenium red, cadmium yellow and other glasses.

The large color glass used in building can be manufactured by the production process of flat glass. 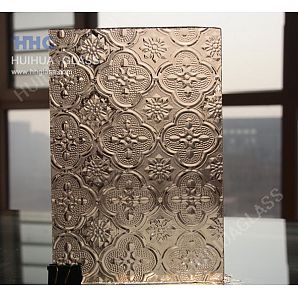 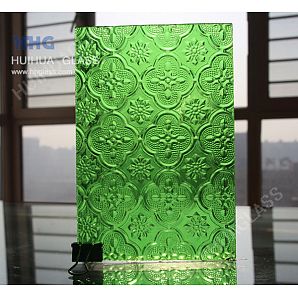 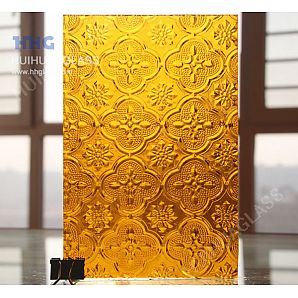 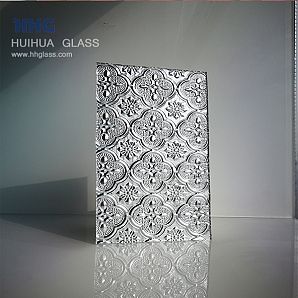 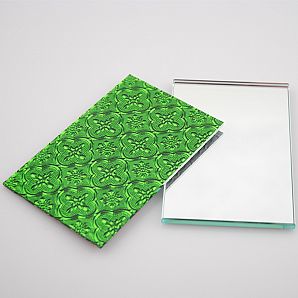 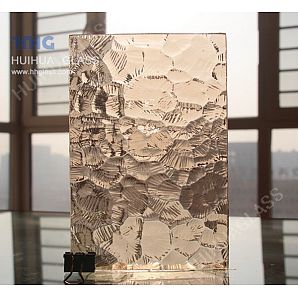 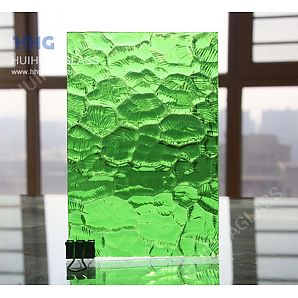 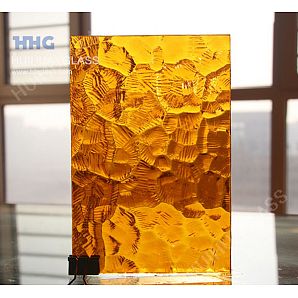